Visitors to Newhaven will have a brighter, more welcoming approach to the railway station and port, thanks to a joint effort between Southern Railway, Newhaven Port Authority, and local gardening business Burley’s, helped by Newhaven Town Council and the Sussex Community Rail Partnership.

A drab, neglected strip of land between the port lorry park and Newhaven Town railway station approach has been cleared of rubble, litter and overgrown bushes. The area is visible to train passengers and anyone using the railway station and ferry terminal. Passengers walking in and out of the station are already commenting positively on the improvement.

In 2016’s “Clean for the Queen”, Burley’s and Southern Railway undertook a litter pick and grass cut on the grassed area. But despite the efforts of the Port Authority to keep the area tidy, litter and waste from the lorry park had built up and the area was becoming overgrown again.

As a community effort to improve the town for residents and visitors, Cllr Simon Barnes of Newhaven Town Council arranged a site meeting between the Port Authority, the railway station manager and the garden business. Within 24 hours, Captain Dave Collins-Williams, Harbour Master, provided a skip, Ian Hutchinson of Burley’s brought in a small digger and the site was cleared. Burley’s will maintain the grassed area as a community contribution.

Cllr Barnes said, “I’d like to wish Captain Dave Collins-Williams, Ian Hutchinson and the Burley’s team a big thank you on behalf of myself and Newhaven for their incredible generosity and helpfulness in transforming this area for the local community.”

Andy Gardner, Station Manager, said, “I couldn’t believe what a difference I could see already. Improving this area will provide a better impression to people using the port as well as the railway station.”

Kirsten Firth of Sussex Community Rail Partnership said, “We couldn’t tackle this awkward area without the willingness of everyone to play their part. It’s projects like this that really show the importance of the local community in improving the environment for everybody.” 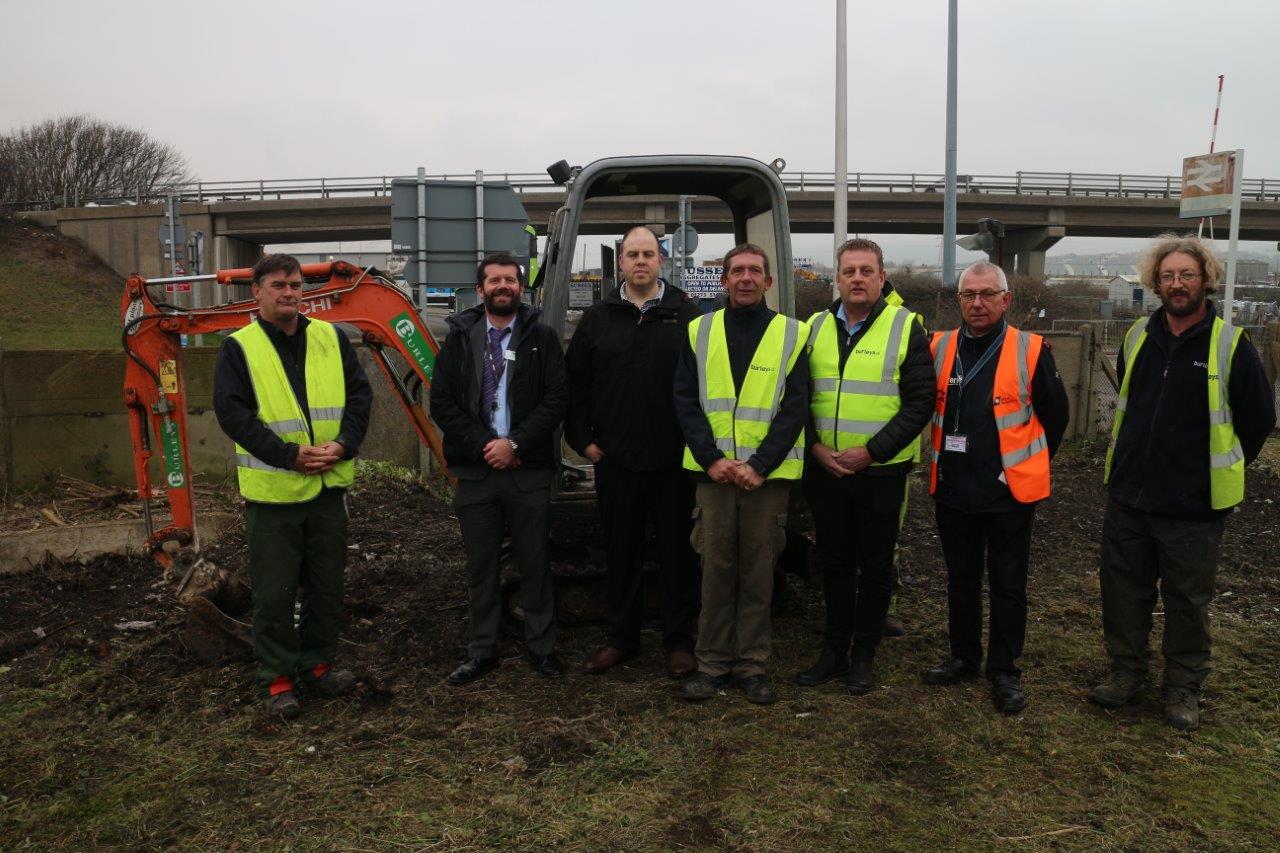 A great end to a incredibly rewarding four years at the Active Access for Growth Programme online celebration event this morning. There were lots of ideas for future projects encouraging sustainable a...
Read article

The train arriving at Platform 2 is……

We have had some great joint projects with the GTR Passenger Benefit Fund Team recently. One good example is with The Friends of Glynde Station. SCRP Line Officers have been working with The Friends o...
Read article